Home / Who We Fund / Food Forward 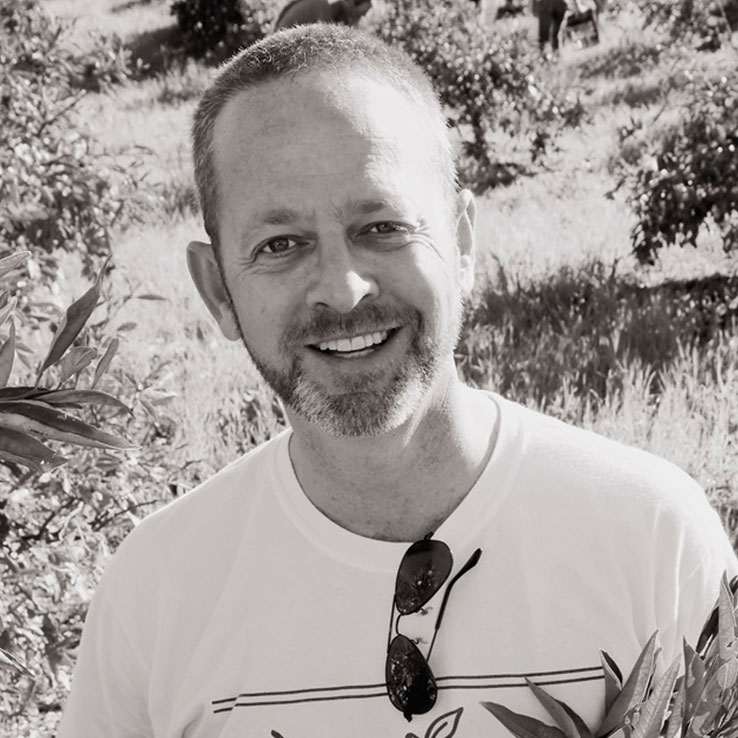 Food Forward has a three-part mission: to harvest locally grown food from private homes and public spaces; to fight hunger by distributing the harvest to food pantries and organizations serving those in need; and to build community by bringing together groups of volunteers to perform this work. Food that would otherwise go to waste is collected and redirected. The connection to L.A.’s history as an abundant, year-round producer of food is rediscovered. Founded in 2009, Food Forward is fast-growing organization that seeks to raise awareness and create change around issues of urban hunger and sustainability, food justice and combating food waste.

Fruit-inspired nouns and metaphors abound at Food Forward, a group that brings together volunteers to pick fruit from backyards and public spaces that would otherwise go to waste, and donates it to local food pantries and organizations that serve the needy. Food Forward’s office in the San Fernando Valley is known as the ”fruitquarters.” The van that collects gleaned fruit for delivery is the ”fruitmobile,” and donors are “fruitanthropists.”

Rick Nahmias, Food Forward, spoke from the fruitquarters and recalled his first encounter with the Durfee Foundation’s Springboard mentorship program. It was not a success. “Claire [Peeps, Durfee’s Executive Director] suggested one potential mentor to me, but after looking at his bio, I didn’t think it was a good fit. She then suggested someone else, so that potential mentor and I went to lunch. She was a really nice person, and I would have learned a lot from her, but I still didn’t feel like I would be getting what I needed out of the mentorship. I wanted to operate a nonprofit in a totally different way, and needed to learn from someone who was comfortable with breaking boundaries.” Claire thanked Rick for his candor, and called back later to propose Steve LePore as a mentor. Rick and Steve set up a meeting at a doughnut shop, and immediately hit it off. As Steve put it, ”I thought Rick was a great guy with a cool vision. I was willing to take a shot at challenging him. Rick was impressed: Steve is an on-the-ground, in-the-trenches E.D. with 25 years of experience, with a passion to pass along that knowledge.

Steve LePore is a nonprofit entrepreneur who has founded and run three organizations. He is currently Founder and Executive Director of 1in6, a nationwide organization that helps men who are survivors of childhood sexual abuse. Like Rick, Steve did not have the founding of a nonprofit organization as his initial career goal, but he found himself drawn to the mission and the work. Before Steve committed to the two-year mentorship, he wanted to see Food Forward in action, and asked to go on a fruit pick. “That pick was a flop,” Rick recalls. “There wasn’t as much fruit on the trees as we anticipated, and we were done in less than an hour. The site should have been scouted better. It was not a productive use of our staff or volunteer time.”

Steve could not have been more delighted. “I wanted to see what happened when things didn’t go perfectly. What I saw was an organization learning how to deal with a less than ideal situation, and they handled it well. At this early stage of the organization, they learned more about the important role of the scout. And everyone handled the stress just fine. I saw the positive culture of Food Forward shine through.” Rick saw that Steve’s reaction was a real plus. Steve brought perspective, not judgment. Rick saw how a leader could learn from mistakes. The two men started meeting in person or by phone at least twice a month. Rick had many issues to brainstorm with Steve: building a board, securing an office location, obtaining 501(c)(3) status, buying a van. “Steve was there at every turn,” Rick recalled. Steve brought a long-term perspective. “Founders go at 60 m.p.h.,” he said.” Sure you can hire staff and get an office, but it’s important to grow the organization in a sustainable way. I didn’t want them to flash and crash. It’s also true that a new E.D. doesn’t know what he doesn’t know, and this is where the mentorship comes in,” Steve added. “I could talk to Rick about things like how to create and live by a budget, and how to communicate with the funding world.”

Food Forward has grown tremendously since its founding in 2009. Rick has transitioned from a volunteer to a paid position, and they have hired additional staff. In August of 2012, they celebrated their one-millionth pound of fruit picked, and a new program of reclaiming unsold produce at Farmers’ Markets to donate to food banks is launching soon. The growth has been heady, but as they say at Food Forward, the growth is being managed in a way that is both fruitful and sustainable.