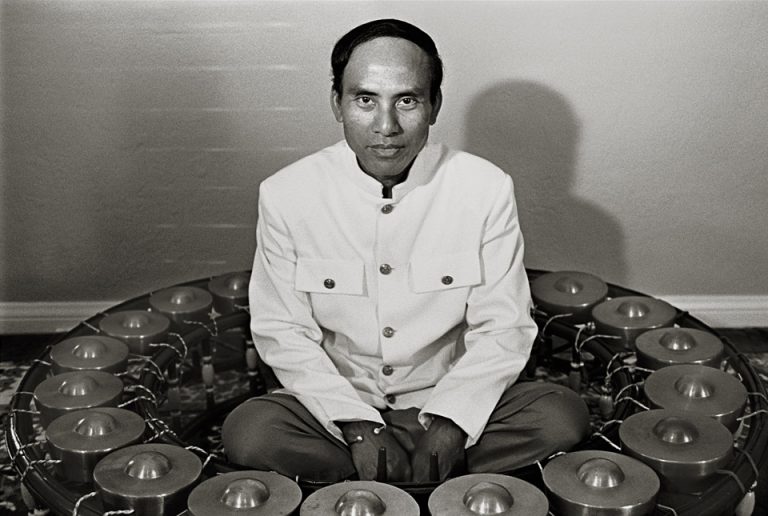 Ho Chan plays every instrument of the pin peat ensemble, a form of percussive Cambodian classical music. He began to study at age 16 with his grandfather. In 1975, under the Khmer Rouge regime, Chan was forced into slave labor camps; he fled to Thailand in 1979 where he joined a pin peat ensemble headed by master musician Yinn Ponn. In 1986, he resettled in the U.S. and moved to California in 2000, where he joined the Arts of Apsara Ensemble, led by master dancer and singer Sophiline Cheam Shapiro. He has received awards from the California Arts Council, the Public Corporation for the Arts, and the Alliance for California Traditional Arts.