Home / Who We Fund / Radha Prasad 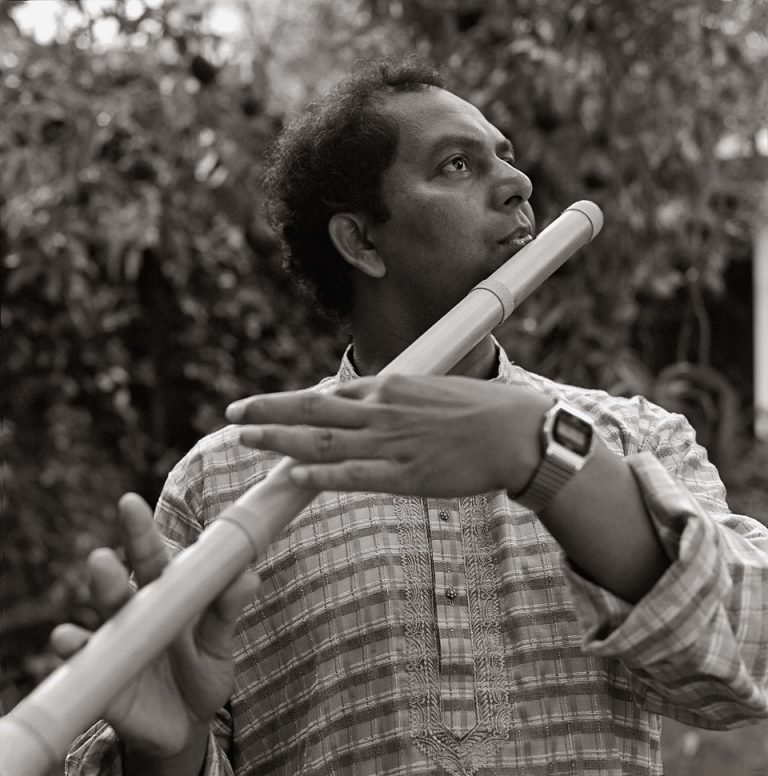 Radha Prasad was born and raised in India and taught himself to play the bamboo flute at an early age. He studied for 18 years as an apprentice to Pandit Hariprasad Chaurais, India’s foremost flutist. He has toured extensively throughout India, Europe and the United States. He moved to the U.S. in 1992, and has been resident in Los Angeles as a teacher and performer since 1995. Because of the difficulty of obtaining high quality bamboo flutes, Prasad has become a master craftsman of the instrument, making and tuning flutes for musicians in Southern California.