Home / Who We Fund / Abdoulaye Diabate 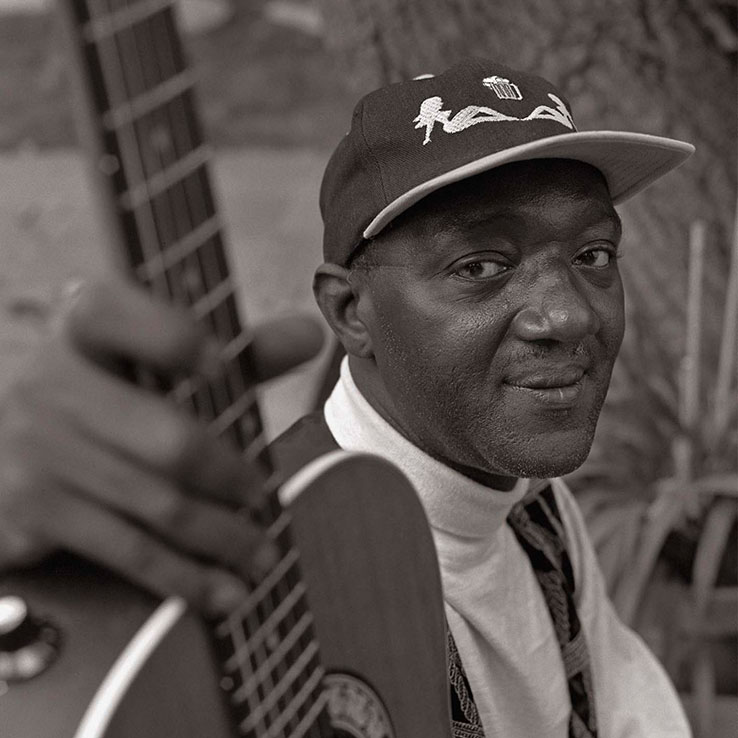 Abdoulaye Diabate was born in Guinea, West Africa, to a long lineage of Mand jali-musicians, practitioners of a musical tradition that dates back to the 13th century. The rise of modern Mand music began in the 1920s with the introduction of the acoustic guitar to an instrumental repertoire that had previously included balafon (xylophone), nkoni (lute) and kora (harp). The repertoire was further extended in 1958 when the electric guitar was introduced to the country as part of a sweeping governmental modernization policy. Diabate is a master of both acoustic and electric guitar in the Mand tradition. He is a founder of the African Virtuoses band, and former performer with Fatala.