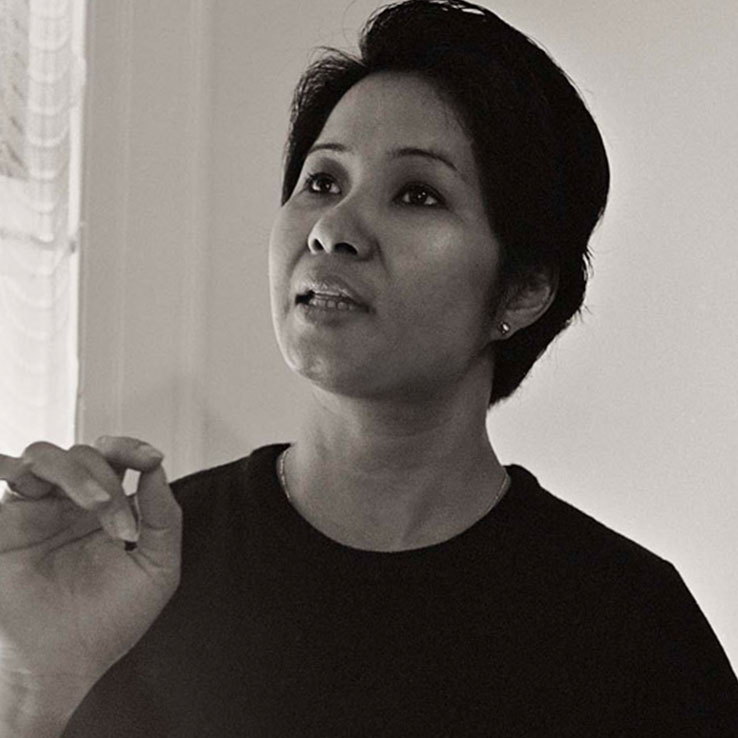 Sophiline Cheam Shapiro received a Diploma of Arts in classical dance from the University of Fine Arts in Phnom Penh, Cambodia in 1988, and served on the faculty there for three years before immigrating to the United States in 1991. She is among a small number of artists who survived the purges of the Khmer Rouge, and consequently, is one of only a handful of living artists who continue to practice the traditional repertoire of Khmer classical dance and music. The only traditionally trained Khmer classical dance singer in Southern California, Shapiro is equally accomplished in dance, and has received critical acclaim for her choreography.